1. World of Tanks
World of Tanks is an online game released by Wargaming. In the game you will be able to control armored combat vehicles (Tanks, anti-tank guns, self-propelled guns …) to fight with your teammates.

The rules of the game will depend on each level of play, possibly destroying all enemy factions, or successfully capturing enemy bases. If you are bored with regular shooting games, World of Tanks will be a game worth playing for you to try.
The minimum requirement of World of Tanks version requires gamers to have:
Chips with 2.2 GHz or higher speeds
2 GB RAM, VGA 6800GT or X800 with 256 MB of memory.

2. Blade and Soul
Blade & Soul is a martial arts role-playing game released by Korea NCsoft. In the game, the player will control a character from a certain sect, can use the martial arts skills inspired by Eastern martial arts to create beautiful and powerful combos. 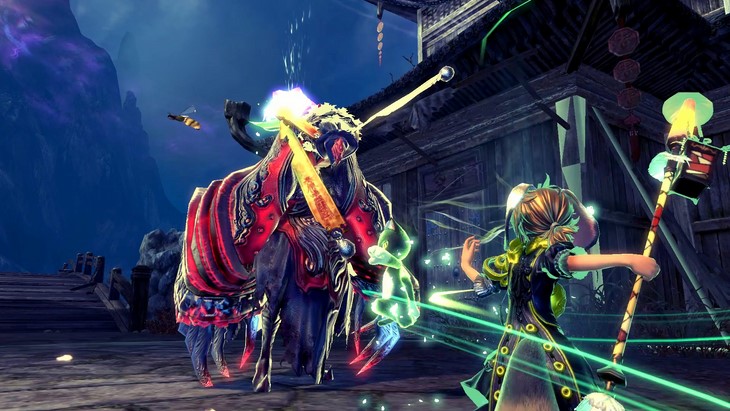 The first phase of the game takes place quite simply by the basic point & click style of the Webgame series, besides the self-hitting and self-searching system, supporting users to “take the teeth”. At a higher level, the speed of the mission slows down, you will have to hit monsters with higher strength to be able to follow the mission.
Due to operating on the Web platform, without installation, it does not require a high-configuration, medium-sized machine that can already operate smoothly.

Disaster Report 4: Summer MemoriesThe Disaster Report sequence has a notably massive following, however it was once uncertain for gamers worldwide on if we would even see a launch of a fourth mainline installment. While these video games have been developed in Japan, the ports that managed to get release into other markets observed that […]

Following the success of Age of Empires 1, the publisher Microsoft has continued to release Age of Empires II version. Interesting gameplay In the game, players will immerse in medieval wars with 13 different civilizations. These are in ancient European and East Asian architectural styles. The game has been in the top 20 best-selling of […]

Possessing the typical play style of RPGs, the following online games still bring interesting experiences thanks to their own features. MIA Online MIA Online is a 3D MMORPG with various PVE and PVP modes with 6 special character classes. Each of them has special characteristics and mechanisms. There is no gender lock and even supporting […]